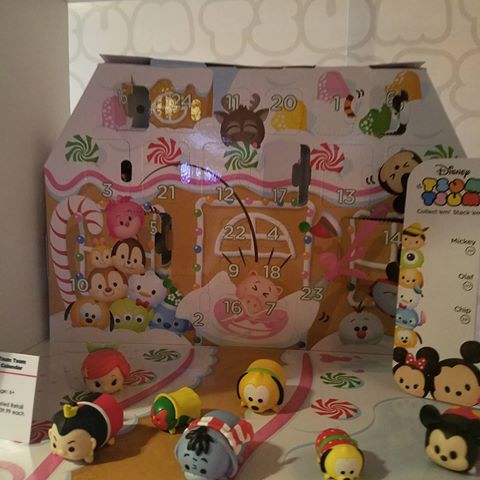 Tsum Tsum is the newest Disney craze. It started in Japan and has moved over into English language countries. It’s understandable that it’s so popular, because it is a toy-series that encompasses the whole Disney spectrum. 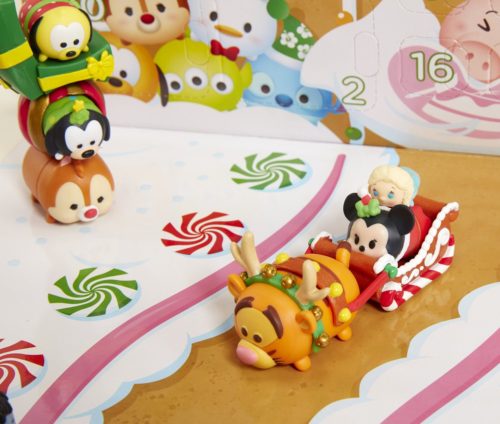 The theme of the advent calendar is Ginger Bread, but you can be sure that there is also a winter theme and the characters are dressed up appropriately for Christmas. A sleigh makes it easier to play winter-scenes with the dolls and you’ll love the little train.

The Advent calendar is in the style of the original series: the plastic figures can be stacked and come in medium, small and large. 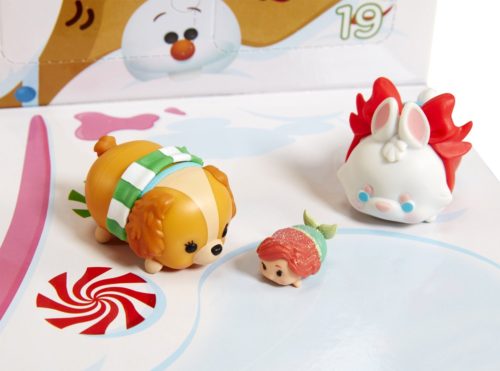 The Tsum Tsum series includes all kinds of Disney characters as toys: from Mickey and Minnie Mouse to the emotion characters in Inside Out. But it’s not just small kids-characters either: Marvel and and Star Wars are also included.

Tsum Tsum is simply cute. The basic set is a collection of stackable toys – from big to small. They’re collectors items of course – any Disney Fan would collect them.