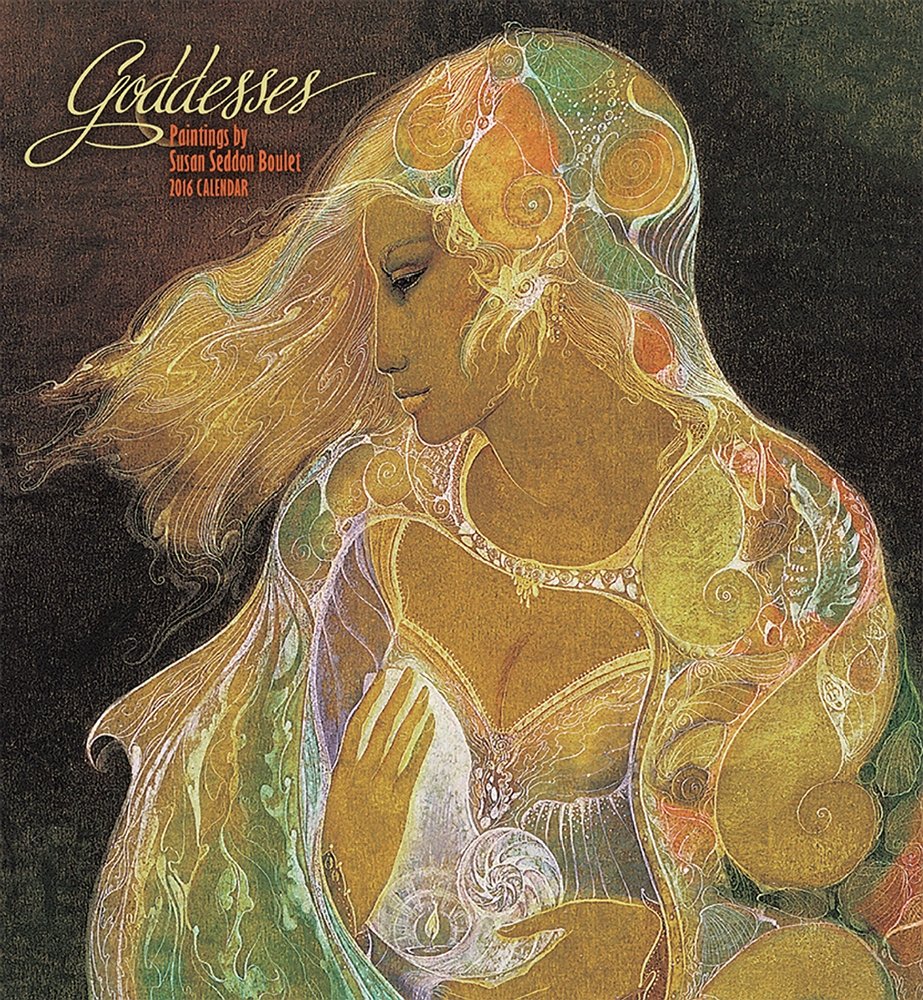 Susan Seddon Boulet (1941-1997) was a passionate student of the world religions and mythology. Her fantasy art uses the symbols she found all over the world. Pomegranite has come published several calendars devoted to her spiritual artwork.

Illustrated with exquisite paintings by visionary artist Susan Seddon Boulet (American, b. Brazil, 1941–1997), this combination diary and weekly planner is the perfect place to chart your appointments, events, challenges, blessings, hopes, and memories over the coming year.

The goddesses in this calendar appear as if from a time of dreaming, brought closer to the “real” world in rich, uniquely sensitive paintings. Mythical in its subject matter, evocative in its imagery, the art of Susan Seddon Boulet never leaves us untouched.

Susan Seddon Boulet understood that the goddesses of mythology speak to something elemental in us; they take us back to a time when people sought the wisdom of Mother Earth and celebrated the feminine as well as the masculine. In her exquisitely detailed portraits, Boulet incorporated the traditional iconography of each goddess while endowing her with a vitality that resonates deep in the modern psyche. This calendar reproduces twelve of Boulet’s beautiful goddess paintings, each accompanied by an informative description.

Susan Seddon Boulet infused her paintings with a delicate blend of natural forms and mysticism.

Boulet drew upon her research and on her own inner journeys to create art that powerfully evokes the sacred nature of the goddess in her many forms. It is thought goddesses were once supreme throughout the world’s cultures but over millennia they got trivialized in favor of male gods. However they still speak to the human spirit, recalling the creative and regenerative power within us all.

Around 1980 Susan Seddon Boulet—inspired by mythology, poetry, spiritual traditions, and a love of animals and nature—began painting goddesses and Native American shamanic images that married animal and human forms. Paintings are accompanied by excerpts from Native American songs, poems, and prayers.