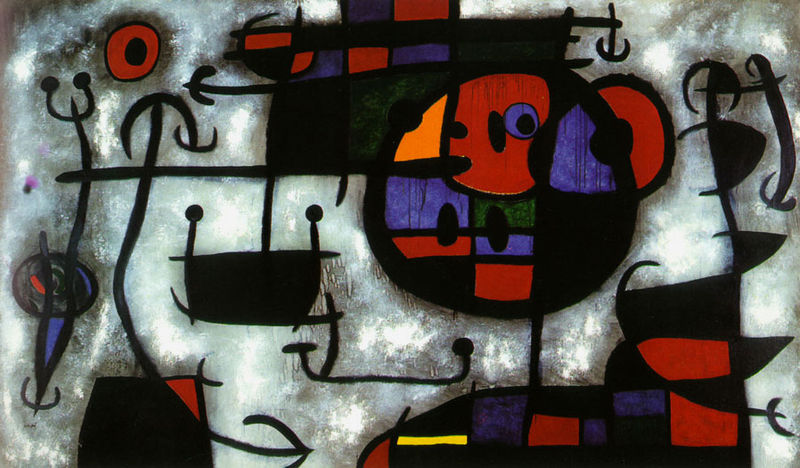 Joan Miró i Ferrà (April 20, 1893 – December 25, 1983; Catalan pronunciation: [ʑuˈan miˈɾo]) was a Spanish Catalan painter, sculptor, and ceramist born in Barcelona. Earning international acclaim, his work has been interpreted as Surrealism, a sandbox for the subconscious mind, a re-creation of the childlike, and a manifestation of Catalan pride. To call it surrealism though is generous: there is hardly anything realistic left in his paintings. In numerous interviews dating from the 1930s onwards, Miró expressed contempt for conventional painting methods as a way of supporting bourgeoisie society, and famously declared an “assassination of painting” in favor of upsetting the visual elements of established painting.

Twelve works from Spanish painter Joan Miro are featured in this Miro Super Poster Calendar. The super large size provides a perfect backdrop for some of Miro’s most enduring images in poster format. Miro favored a surrealism approach to painting and his images challenge us to make sense of nonsense.

Internationally acclaimed as a Surrealist artist, Joan Miro was known to express contempt for conventional painting methods and created vivid yet childlike works. This full-color wall calendar presents 12 such paintings, demonstrating each month why Miro’s style has been described as a sandbox for the unconscious mind. By teNeues

Miro Wall Calendar by Flame Tree Publishing, brought to you by the Tate Gallery.

Usually calendars about Miro feature art held in the collection of the FundaciÓ Joan MirÓ Museum in Barcelona. This museum holds one of the most extensive collections of his works. Miro Calendar