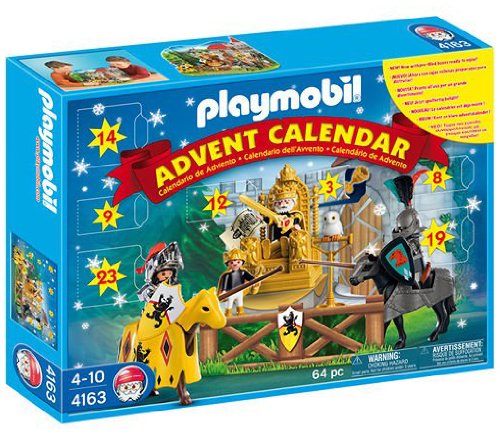 Have you been searching for some boys Advent Calendars to use this year? There are some really fun options for your little guy to count down those days in December leading up to Christmas Day. I have found some that are toys for him to play with as he builds his anticipation to the big day of gifts under the tree. There are some that are more traditional for Advent with a religious message, also.

COUNTING DOWN TO CHRISTMAS FOR BOYS

You might decide that he will like something with a theme that goes along with his other toys like some Lego building sets made specifically with the holidays in mind. There are other themes that a boy will enjoy with animals, pirates and other fun topics that will make the counting that much more fun. 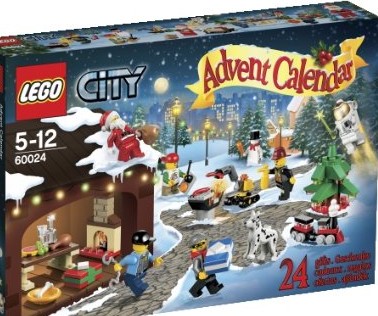 Oh no! Santa’s sleigh is stuck in the snow of the forest! It is almost Christmas so the LEGO City forest fire department will need to come to his rescue. From December 1 through December 24 one door is opened each day. When opened the door reveals the mini-figures, accessories, and models that is needed to get Santa and his sleigh out of the snow. It is up to you to find out how to free Santa in time for Christmas day.

The 2015 Lego Advent calendar sets were called ‘building kits‘, which the Lego city and Lego Star Wars sets did live up to.

Each day from December 1-24, a unique gift is behind a door. It might be an iconic mini figure from the Star Wars universe, special vehicle, or a different type of accessory. Letting a boy countdown to Christmas with the LEGO Star Wars Advent calendar is sure to keep him happy and festive for the holidays.

Pirates Can Help The Countdown

If pirates are like his favorite thing in the whole world, he will really have fun with this calendar! Boys from ages 4 to 10 years of age will have a great time opening a box each day to find something to add to the Treasure Cove scene. There are a couple of pirates and another is a ghost pirate that can shoot a canon. Arggh there matey, he will definitely enjoy playing with this set even after the holidays are over. Made by the Playmobil company which has been making toys for kids for several decades.

In terms of favorites, I’d have to pick the Lego Pirates Advent calendar as my favorite…last night we were playing a board game and somehow the pirates arrived…we were using pirate lingo and someone put on the pirate CD. We just seem to love pirates around here.

We all know how important those holiday deliveries are during the Christmas season! Your child can be a real helper to Santa by making sure each item is delivered during the days of Advent. The calendar includes a backdrop, a mailbox, presents, Santa, an angel, reindeer, Santa’s sleigh, letters, and other accessories to make for a fun and festive display by Christmas Day. Twenty-four items for each day of Advent.

Not recommended for children under the age of four years.

This calendar for Advent helps the knights to prepare to perform before the King in a tournament. Each day of Advent offers another item for the jousting tournament with 24 items in all. Set includes a backdrop that looks like a castle, four figures, two horses and additional surprises.

What a fun way to count the days of Advent leading up to Christmas day. Each day provides a Playmobil toy to set up a scene with a stable backdrop with horses, ponies, figures, and accessories.

To The Rescue – for toddlers and up!

Fisher-Price has developed a fun calendar for boys to count down the days until Christmas. Each day they open a door that reveals a rescue piece for them to create a scene with. This is a part of the Imaginext line of toys. Your little guy will be delighted to find 3 different characters, a motorcycle, helmets and other pieces to go along with the story that he can imagine in his adorable little head.

Aimed at children from 3 to 8 years old.

A little something about Advent

If I were to ask you what the colors of Christmas were what would be your response? If you said, “Red and green, silly!” You would be partially correct. Those are the colors that we see commercially used for Christmas. Did anyone say purple? That is the correct answer when it comes to a more traditional and religious color for Christmas. Actually, it is the color of the season of Advent which leads up to the day that Christians celebrate the birth of Christ. Walk in to just about any western Christian church during the four weeks before Christmas (Advent) and you will see the church and possibly the Priest or Minister wearing purple.

We are not completely certain as to how long Advent has been celebrated by churches but most think it is around 1600 years. The use of Advent calendars that we have been looking at in this article is thought to have started in the 1800s with the Lutherans in Germany. They didn’t start with the calendars that we use today but instead used blocks or candles or items that they could display and count the days with.