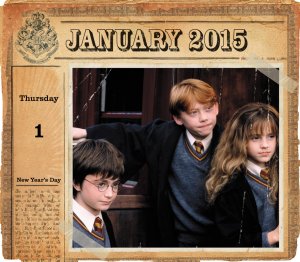 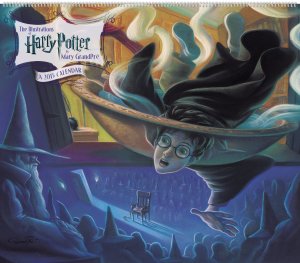 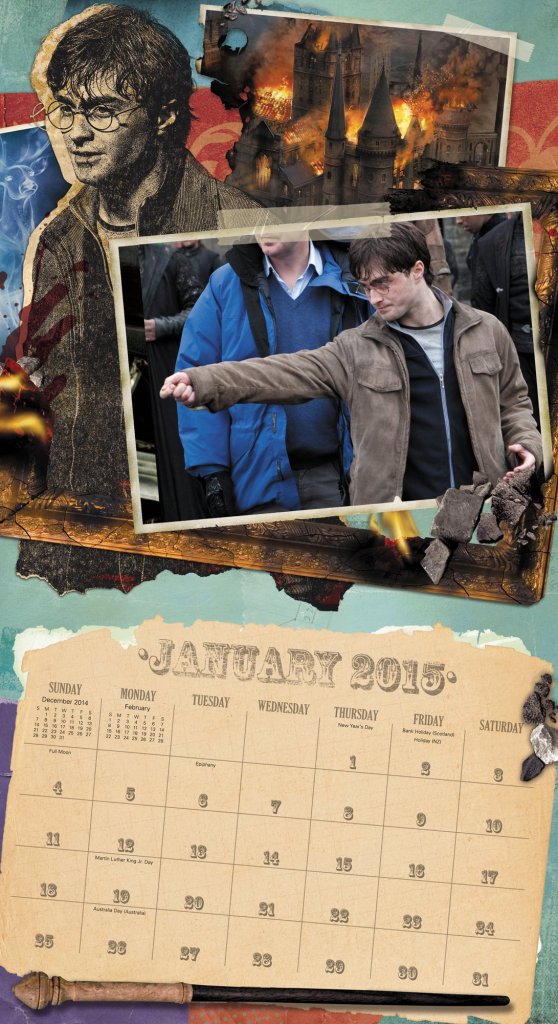 Harry Potter and the Deathly Hallows Poster Calendar This calendar could mean the start of something big. Our poster calendars provide ample space for planning along with oversized artwork. If Harry Potter has cast a big spell on you, you’ll fall big time for these collections of images from the series of films.

Every popular children’s star has to have a calendar devoted to them – so of course Harry Potter does too. This years calendars are grouped around two themes: the (now classic) movies, or the new Fantastic Beasts and Where to Find Them movie.

I don’t know anybody who read the Harry Potter books and didn’t like them. Children or adults – they seem a universal favorite. The same goes perhaps for the movies.

Harry Potter FAQ – for those who don’t know

Harry Potter is a famous series of 7 fantasy novels written by British writer J. K. Rowling The books chronicle the adventures of the adolescent wizard Harry Potter and his best friends Hermione Granger and Ron Weasley , all of whom are students at Hogwarts School of Witchcraft and Wizardry. The central story concerns Harry’s struggle against the evil wizard Lord Voldemort, who killed Harry’s parents in his quest to conquer the wizarding world and subjugate non-magical people (Muggles). Several successful derivative films, video games and other themed merchandise have been based upon the series.

The magic in Harry Potter

Part of the magic of Harry Potter is undoubtedly the magic. J.K. Rowling succeeded in creating a world in which magic creates problems as much as it solves and yet it doesn’t become easy to just up whatever is wrong magically.

Whether it’s simple flying or eternal life, love or memories, we get sucked into a world in which emotions change life even more than in our real world.