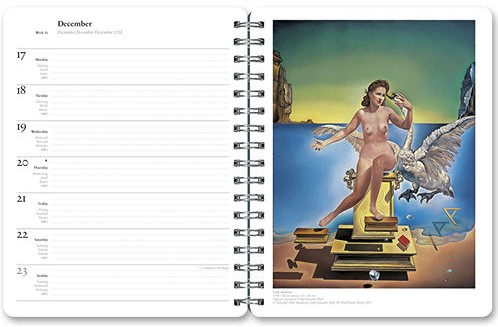 Painter, sculptor, writer and film maker, Salvador Dali (1904 – 1989) was one of the century’s greatest exhibitionists and eccentrics – and was rewarded with fierce controversy wherever he went. Did I mention he loved it?

Calendars devoted to Dali who was born as Salvador Domingo Felipe Jacinto Dali i Domenech, 1st Marquis of Pubol on May 11th 1904. He lived to be 84, dying January 23rd 1989. He was a flamboyant surrealist painter born in Figueres, Catalonia, Spain. As the video on this page shows, he was quite the character. His mustache had become his trademark, aside from melting clocks that is. At the end of his life he lost it and became quite mad, but in the meantime he has given the world some of the most unique art imaginable. 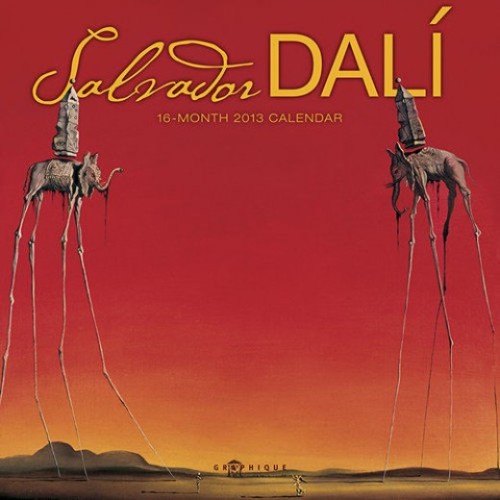 Dali was a skilled painter, best known for the strange images in his surrealist work. His painting skills are reminiscent of the Renaissance masters. Dali’s expansive artistic repertoire includes film, sculpture, and photography, in collaboration with a range of artists in a variety of media. 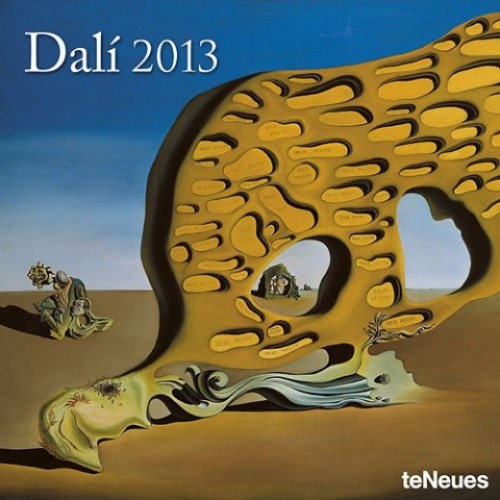 Dali attributed his “love of everything that is gilded and excessive, my passion for luxury and my love of oriental clothes” to a self-styled “Arab lineage,” claiming that his ancestors were descended from the Moors. Of course most Spanish people have some Morish blood, so this doesn’t explain much. 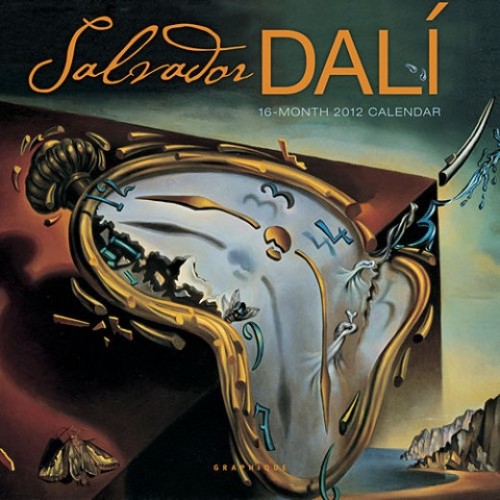 Dali was highly imaginative, and showed unusual and grandiose things, in order to draw attention to himself. This sometimes irked those who loved his art as much as it annoyed his critics, since his eccentric manner sometimes drew more public attention than his artwork. 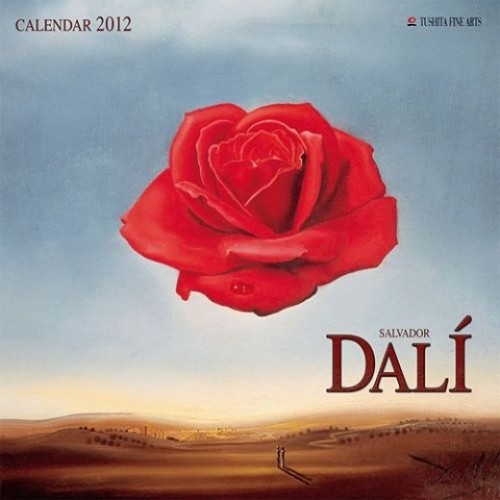 Dali was one of the first to apply the insights of Sigmund Freud and psychoanalysis to the art of painting. Dali brought extraordinary sensitivity, imagination and concern for precision to bear upon submerged levels of consciousness. 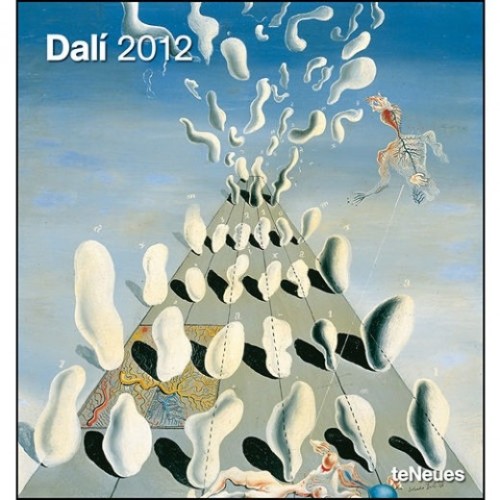 The datebook features 52 surreal paintings plus plenty of space for all of your notes and appointments and the spiral binding means you can lay it flat.