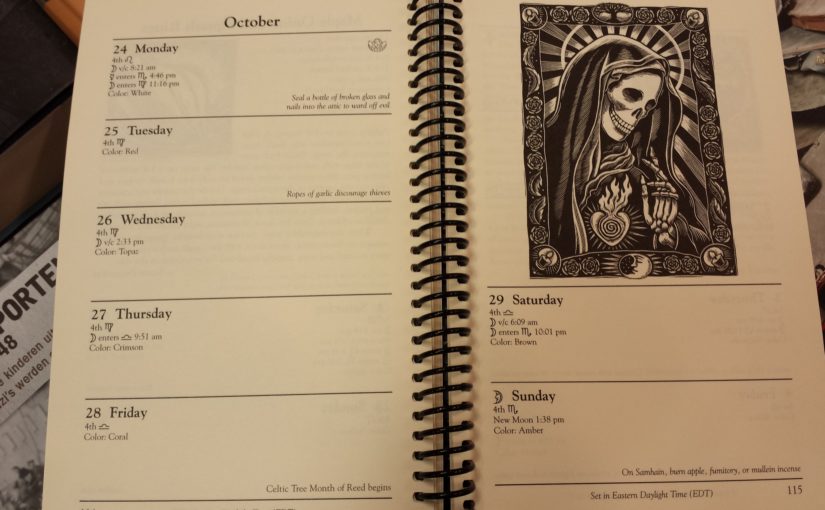 Planning your time with a Pagan Calendar or Date Book

Your spiritual reality may not involve the Abrahamic religious traditions and you will want to manage your time in a non-monotheistic way, with inspirational messages and images which can be found under the category of pagan calendars. At first glance you may think that there are not many to choose from but if you consider the definition of Paganism it might help you to see other choices available to you.

The simple definition of paganism is that a Pagan is not a Christian, not Jewish, nor Muslim. Some early terms and some that are even used today are gentile, infidel or heretic. Paganism is not monotheistic and can fall into the traditions of indigenous people of a country and polytheistic cultures. Other names for a pagan’s beliefs might be polytheism, shamanism, pantheism or animism. These are different belief systems that are all rolled in to a common name known as Pagan.

So, are there calendars with a Pagan theme? Yes, let me show you a few examples. 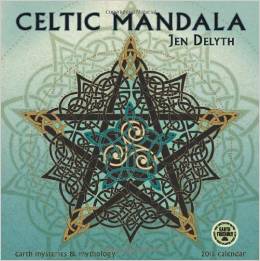 The Celts Were Pagan – Celtic Blessings

Some of the people who lived in Western Europe around the time of the Iron Age were known as Celts and for the most part their religious practices involved polytheism. Often times one thinks of the Druids but there were other practices and cultures that had more than one deity during that time. It is difficult to know very much about the Celtic religions because at the time the Celts did not write anything down about what they believed or practiced. What can be studied are the pieces that were written by the scholars of the early Christian period about what the pagans practiced and that could have and probably was very biased in its nature.

What we do have are archaeological finds of early Celtic images, some of which were actually adopted by the Christian faith. There are some wonderful Celtic Calendars that would be a nice style of a pagan calendar for you to consider. Many show the art of the early Celts and some have messages to contemplate and inspire. 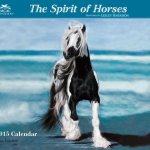 There are several religious practices that believe that all things have a spirit. Humans, creatures, trees, plants, water, and stones are believed to have a way to teach us something that will help improve our inner being. Often we think of animism as falling into this category of religious practices but it could also be a part of shamanism and in some cases Buddhism, Jainism and other religious traditions.

Spirit calendars will work nicely for a calendar for a person who walks on their journey and follows the teachings of these different forms of religions. Ancient cultures from every continent had traditions that believed in the spirits and the sacredness of those spirits. The calendars featured here usually show the liveliness of their subject: spirit of horses, of places, of flowers. 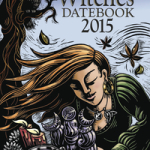 Relatively new to civilization, when we consider that many pagan traditions come from the ancients, is modern witchcraft or  Wicca. This is a religion that was developed in the early part of the 20th century and was introduced to the world in 1954. However, it does tap into the ancient belief in the power of magic, correspondences and shamanism.

Pagan calendars can be found that have a Wiccan theme to them. There are not many but a few if you follow the Wiccan tradition in your spiritual journey. The ones by Llewellyn have information on magical stones, spellwork, daily colors and astrological information to help one stay in tune with the ever changing wheel of the year.

A few other ideas for a calendar for the Pagan

What will be appropriate for one who follows a religion that falls into the definition of pagan will depend on what their personal beliefs are. It might be from the Wiccan way, a shaman’s teachings or some other system of traditions.

Paganism generally involves belief in Gods and or Goddesses. Usually both. These are not omniscient, all powerful gods – because there are many, each has their own sphere of influence. 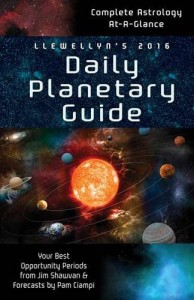 Consult the stars any time, anywhere, with this easy-to-use astrological daily planner. From setting a wedding date to buying a house, you can use this essential cosmic database to plan your life according to planets. Featuring three years of ephemeris and aspectarian data, you’ll learn the best time to plant a garden, begin new projects, conduct self-reflection, go fishing, and more.

The easy-to-read retrograde and Moon void-of-course tables can help you avoid planetary pitfalls when scheduling business meetings and other activities.

Llewellyn’s Astrological Pocket Planner is the only one to offer three years of ephemeris and aspectarian data and is suitable for both beginners and advanced astrologers.

This Astrological Pocket Planner will give you the tools to set the best dates for job interviews, weddings, business meetings and all the other important occasions in your life.

Exclusive to Llewellyn’s Daily Planetary Guide is the ability to see at a glance which signs the planets are in when they make an aspect.

Packed with a wealth of practical information, Llewellyn’s Daily Planetary Guide can help you take advantage of planetary energies each and every day in the year.

Listing exact times down to the minute, this trusted planner provides the most accurate astrological information available. The “Opportunity Periods” feature by Jim Shawvan highlights the most favorable times to embark on important endeavors-as well as times when you’ll want to refrain from taking action. The handy aspectarian includes listings for Eastern and Pacific time zones, as well as a conversion table for other time zones. For your convenience, times in the calendar are adjusted for Daylight Saving Time.

Other astrological features include: